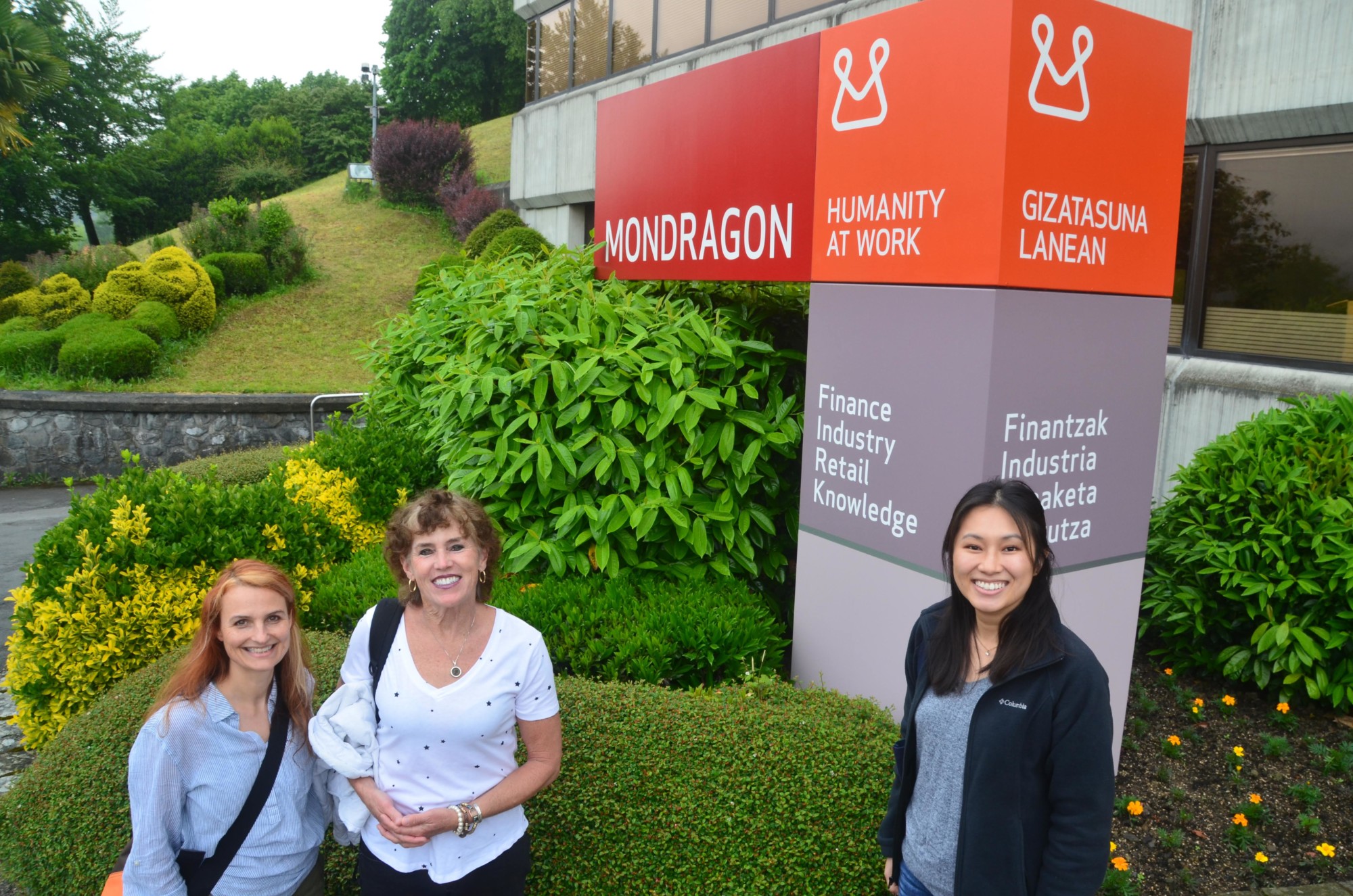 I recently had the opportunity to visit Mondragon, Spain to immerse myself into the world of worker-cooperatives. Since its founding in 1956 by Father Jose Maria Arizmendiarrieta, Mondragon has become the world’s largest and most advanced cooperative economy. Today, it consists of 98 cooperatives with more than 80,000 employees in areas of finance, industry, retail, and knowledge development.

Mondragon operates under the values of participation, innovation, social responsibility, and cooperation. Workers in Mondragon have the right to participate in a democratic decision-making governance structure.  They are given skill trainings and social safety nets to ensure sustainable employment.  And they experience a work culture of solidarity and alliances. While the rest of Spain struggled to maintain economic stability after the Great Recession of 2008, areas around Mondragon remained fairly unaffected.

Although Mondragon offers numerous benefits through its distribution of wealth and power, the model is not entirely absent of inequities. The Mondragon Corporation has over 266 business and cooperatives, in 32 countries. But only 98 of those are federated cooperatives, while the rest are international production subsidiaries. Workers in those other locations are not members of the cooperatives, and thus do no participate in democratic governance. This structure has created a group of people, who aren’t owners, but whose labor Mondragon now depends on.

I also noticed a lack of emphases on social and environmental impacts. In Mondragon, all cooperatives must allocate a minimum of 10% of their net profits to the co-op’s social fund used for community investments. There is a need to address societal and environmental issues, and that it is everyone’s responsibility to do so. Mondragon has been slowly making changes to take on a larger role in pushing for equitable changes locally. There has been an increase in the number of women in managerial positions, conversations around using green energy in their R&D facility, and the development of a social transformation team.

By the end of our tour, I was amazed by the complexity of Mondragon’s principles and mechanisms. It has been successful in creating a democratic, sustainable, and secure living environment for its members. Although it may not be the perfect utopia many envision, there is room for growth and change. Marjorie Kelly—an amazing author, champion of local and democratic economies, and a co-founder of Fifty-by-Fifty—also participated in the study tour. She informed me about her work on mission-led employee-owned firms and their potential as the next generation enterprise design that could be key to building a just economy. Imagine the power of employee-ownership as a lever for creating social, economic, and environmental changes. That’s the type of future that I see my generation striving to create. The employee ownership solution to the “silver tsunami”